What is it about women on missions of self-discovery that is so appealing to those of us not compelled or able to make similar journeys? Is it their solitude we envy them? Or the clarity they always seems to achieve in the end? The renewed perspective; the stores of courage found; the ability to let go and heal whatever ails them, often similar to our own troubles? For me personally, the answer is all of the above and possibly other reasons I can’t even begin to fathom yet! 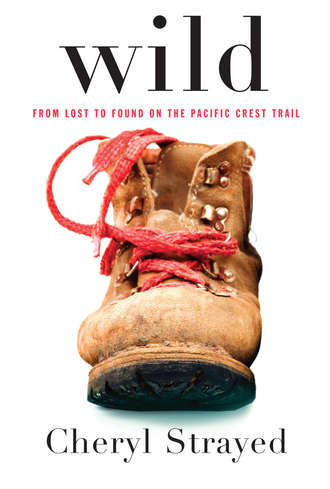 Although the theme of Wild is self-discovery, similar to another book in the same trend Eat, Pray, Love by Elizabeth Gilbert, the two are as different as chalk and cheese in their style, their approach, the stories they tell and of course the women who tell them! I read Eat, Pray, Love probably 4-5 years ago, and I enjoyed it, because I could identify, not with Gilbert’s personal motivation for her journey, but the journey itself! I could see myself doing what she did – picking 3 countries for 3 purposes, although I wasn’t entirely sure of any therapeutic results 😉

In contrast – I cannot imagine myself doing what Cheryl Strayed dared to in Wild! Not in a million moons! I’m not an outdoorsy, hiker-trekker type of girl at all!! What I am is a couch potato that loves to read about the outdoorsy, hiker-trekker kinda stuff 😛 The thought of hiking 1000 miles alone on a trail no matter how scenic is daunting. But the ‘idea’ of it is mesmerizing. I wish I had the gumption to do what she did, although she points out at every given opportunity in the book how unprepared she actually was, as compared to seasoned hikers and veterans of the Pacific Crest Trail. I didn’t know the PCT existed and now that I do, I cannot get it out of my mind! The thought of a trail from Mexico to Canada – through deserts and mountains, through forests and around lakes; the solitude of being one with Nature and one’s thoughts; the sheer audacity of Man’s will against Nature’s intent is captivating. Such a journey it is easy to imagine would be life-changing, how could it be anything but?

It is for Cheryl too, although not in an obvious way at first. Initially, it is the physicality of the Trail that overwhelms her and us. The constant pain & hunger, the cuts, scrapes, falls, bruises, the scarcity of water, the battle to stay clean and safe, and the habitual awareness of danger lurking in its myriad forms – wild animals, natural catastrophes and unfriendly humans, all keep her and us on edge, our senses heightened and our minds on high alert. Strayed’s descriptions of the physicality of the hike are my favourite parts of her story simply because they are the ones that are most alien to me. But I also love the tone she sets in general – there is no self-pity here, just a matter-of-fact narration of the way things were and for me that works. There are no preachy enlightenment scenes here, just occasional quiet revelations throughout the narrative, of how a certain grudge was forgiven; a particular thought accepted; a smidgeon of pain lessened. It rings true because I have lived enough to know that that’s how things often happen in real Life – quietly, insidiously and without a fuss. That’s not to say there aren’t the big changes – the sudden shifts in attitudes and perceptions and loyalties, but I’ve found that the slow and steady changes are the ones more likely to be permanent 🙂

Wild is also about the mother-daughter relationship between Strayed and her mother. Tempestuous, poignant  and deeply loving, it had me once again thinking about my relationship with my Mom and what I would do if I found myself in a similar situation to Cheryl. How would I react? Would I cope and overcome or surrender? It’s hard to know these things about oneself because some parts of us aren’t visible and don’t develop until we actually are in the middle of the problem.  That’s the whole point of a journey such as this I sometimes think – to put ourselves not perhaps in an equivalent situation, but one that still demands more of us than we are prepared to give and in doing so, to excavate the inner strengths and expose the weaknesses that lie within. For how else can that be done? And that is what the author does – she challenges herself in a way that she hopes and thinks will help her heal the wounds Life has inflicted. She’s not sure if this will even happen but she knows she has to try. It’s a desperate leap of faith like most great journeys are initially – the traveler often unaware of their own courage until it surfaces quietly and unexpectedly, when needed later.

I couldn’t put this book down – I read late into the night yesterday and only reluctantly put it down when my eyes refused to stay open another second and the words started to blur 😛 I salute the author’s courage in this endeavour and her willingness to share her journey that is at once intensely personal yet universal. The fascinating people she meets along the way; her encounters with the fox and the deer; ‘Monster’ – her initial nemesis & future ally; her craving for Snapple; the book-burning; and the slow, gentle transformation of her raw grief into a kind of forgiveness, acceptance  and finally letting go, all make this a story worth reading. It will inspire, but for me the beauty of this book is that that is not the obvious intent. It reads like a memoir that simply asks to be read and if you happen to learn something along the way – “Well, Good for you!” Strayed seems to say. And if you don’t – that’s alright too. She says it so beautifully in the last passage of the book,

“It was all unknown to me then, as I sat on that white bench on the day I finished my hike. Everything except the fact that I didn’t have to know. That it was enough to trust that what I’d done was true. To understand it’s meaning without yet being able to say precisely what is was…To believe that I didn’t need to reach with my bare hands anymore. To know that seeing the fish beneath the surface of the water was enough. That it was everything. It was my life – like all lives, mysterious and irrevocable and sacred. So very close, so very present, so very belonging to me. How wild it was, to let it be.”

Here is another passage, this time from the beginning of the book, that got my attention,

“The thing about hiking the Pacific Crest Trail, the thing that was so profound to me that summer – and yet like most thing, so very simple – was how few choices I had and how often I had to do the thing I least wanted to do. How there was no escape or denial. No numbing it down with a martini or covering it up with a roll in the hay.”

And this excerpt that I love, in which Cheryl describes how she picked her last name!

“Nothing fit until one day when the word strayed came into my mind. Immediately, I looked it up in the dictionary and knew it was mine. Its layered definitions spoke directly to my life and also struck a poetic chord: to wander from the proper path, to deviate from the direct course, to be lost, to become wild, to be without a mother or father, to be without a home, to move about endlessly in search of something, to diverge or digress.

I had diverged, digressed, wandered and become wild. I didn’t embrace the word as my new name because it defined negative aspects of my circumstances or life, but because even in my darkest days – those very days in which I was naming myself – I saw the power of the darkness. Saw that in fact, I had strayed and that I was a stray and that from the wild places my straying had brought me, I knew things I couldn’t have known before.”

I learnt 3 new words from this book!

Boondoggle – to dawdle, to delay

Corvidology – a branch of science concerned with the study of ‘corvids’ which are birds belonging to the family (Corvidae) of stout-billed passerine birds including the crows, jays, magpies, and the raven.

Miigwech – an Ojibwe word, that the author often heard growing up in northern Minnesota, meaning Thank You, but more – its meaning imbued with humility as well as gratitude.

Another MUST read! I’m on a roll and loving it 🙂

Posted by crazygoangirl on March 4, 2013 in Uncategorized